Hi everyone! I'm making a big garden on my land here in Tuscany, Italy. It's in the foothills of the Appenines, at about 600 meters above sea level,more or less. I have a large, dry area that I would eventually like to "tame" a little; it's covered in yellow broom plants whose flowers attract these very noxious beetles that ruin my roses ,and I was thinking that it would be splendid to put in some real drought-resistant trees in this area, that will eventually help me to shade out the broom and the beetles (both adore sun). The soil is thin and rocky.
I love cypress trees, but don't want to have a monoculture-type thing because of disease risk,so I'd like to mix in some other stuff. Ceratonia siliqua (carob tree) caught my eye,but I fear it might not be hardy in my garden...can anyone comment, or suggest? thanks, bart

GARDENING GUIDES10 Drought-Tolerant Shrubs That Thrive in Full Sun and Reflected Heat
By Noelle Johnson Landscape Consulting
Got a hot spot in your garden where plants often die? Try these tough shrubs that add beauty while shrugging off the heat
Full Story
41

LANDSCAPE DESIGNFlood-Tolerant Native Trees for Soggy Soil
By Steve Asbell
Swampy sites, floodplains, even standing water ... if you've got a soggy landscape, these trees are for you
Full Story
7

GARDENING GUIDESGrow Your Own Privacy: How to Screen With Plants and Trees
By Jocelyn H. Chilvers
Use living walls to lower your home and garden's exposure while boosting natural beauty in your landscape
Full Story
67

GARDENING GUIDES8 Plants That Snobs Love to Hate — and You'll Love to Grow
By Bill Marken
Don't dismiss these common annuals, perennials and shrubs — there are reasons they've been popular for so long
Full Story
39

FRUIT TREESHow to Grow Your Own Persimmons
By Marianne Lipanovich
Sturdy and easy to care for, these trees offer bright fruit through winter — and keeping them in bounds is no sweat
Full Story
50 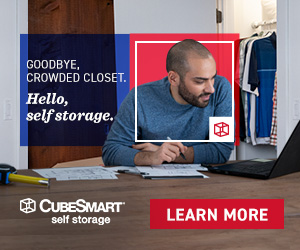