This film is what summer movies are all about: lots of action, a plot with complications but one you can easily follow, a great deal of intrigue, and it all comes out all right in the end. I literally applauded when it was over and loved every minute of the ride until I got there.

Matt Damon is so good as Bourne, with his ordinary guy looks that enable him to move through a crowd without causing a ripple--you have to keep looking for him even when you know he's in the center of the frame--and thus to continually evade detection. Things I liked about the film were the photography to start with, all those long shots of places like Turin, Morocco, New York, London, Paris, ad infinitum and then zooming into the streets, the apartments, the subways. Boy, do these folks get around, and the director wastes not a minute on telling you how they get there, just dumps you into the action. And there is plenty of it. Chases on foot, mostly, but one on motorbikes, one in cars, and the most hilariously gripping of all in a parking garage, if you can believe it, that Bourne escapes in a way you'll have to see to believe.

The usual conspiracies abound, with David Strathairn as an icy CIA guy gone overboard in his zealotry. Joan Allen is back, so is Albert Finney, and the young woman who plays Nikki Parsons and whose name I can't recall right now. There is even a replay of a snippet of a scene with Joan Allen straight out of the first film--very clever. What makes this film about ten times better than the second one, The Bourne Supremacy, and what I liked best about it, is that Bourne is not so terribly alone in this one. Whereas in Supremacy he was left solitary with the death of Maria and moved through the action (which was almost as splendidly done as in this film) in isolation through the whole film, in this one he begins to make contact with people, beginning in the first frames with meeting Maria's brother and telling him about her death and a shared loss. The reconnection with others is the circumstance that has most to do with the basis of the trilogy, the existential question of "who am I?" and how do I get back to that person, so I don't want to talk too much about the particulars. But Bourne's gradual reintroduction to human connection makes the film better, in my estimation, because that's what any of us want--connection with others--and the absence of it that so turned me off in the second film.

There is plenty of violence, which will turn some people away from the film, yet even with all that Bourne is no longer the visceral killer we met in The Bourne Identity,, the first film. Part of the discovery of his actual identity is the simultaneous discovery of why and how he lost it in the first place. To me, this was the heart of the film, and it could only happen with the gradual rehumanization of Jason Bourne.

The CIA gets a close look here, and there is an interesting juxtaposition in that, on the one hand, one part of the CIA wields deadly power and will do anything to "win," while on the other, another part wants to live up to its highest ideals. Feels very contemporary to me with the current political situation in DC. You can make of it what you will when you see the film, but its worth noticing.

Bottom line: a lot of action brilliantly orchestrated, a lot of violence but not gratuitous, IMO, because it's part of the continuing development of the Bourne character, an almost dizzying journey through practically every major city in the world, and finally, at the end, someone smiles. Nice ending and very appropriate.

CHRISTMASReal vs. Fake: How to Choose the Right Christmas Tree
By Houzz
Pitting flexibility and ease against cost and the environment can leave anyone flummoxed. This Christmas tree breakdown can help
Full Story
77

GARDENING GUIDES13 Risks to Take for True Garden Rewards
By Benjamin Vogt / Monarch Gardens
Go ahead, be a rebel. Breaking rules in the garden can lead to more happiness, creativity and connection with the earth
Full Story
73

HOUZZ TV FAVORITESHouzz TV: See How Early Settlers Lived in This Restored Pilgrim House
By Fred Albert
Passionate restoration and preservation efforts give a 1665 home an honored place in the present
Full Story
320

The Unofficial Houzz Academy Awards for Movie Homes
By Becky Harris
Grab a front-row seat as we hand out honors to superb homes featured in 10 flicks. The envelope, please ...
Full Story
218

KITCHEN DESIGNSee How Wood Warms Modern White Kitchens
By Samantha Schoech
Have your shining all-white kitchen and warmth too, with this natural material that keeps starkness at bay
Full Story
28

REMODELING GUIDES11 Ways to Hurricane-Proof Your House
By Bud Dietrich, AIA
From smaller tasks you can do right now to bigger renovation projects, these strategies can help keep you high and dry at home
Full Story
24

ORGANIZINGOrganizing Secrets: It’s the Little Things
By Laura Gaskill
Get these 8 small areas under control for a major boost in overall tidiness at home
Full Story
243

KITCHEN DESIGN24 Dramatic Kitchen Makeovers
By Vanessa Brunner
From drab, dreary or just plain outdated to modernized marvels, these kitchens were transformed at the hands of resourceful Houzzers
Full Story
169

MOST POPULARFrom the Pros: How to Paint Kitchen Cabinets
By Vanessa Brunner
Want a major new look for your kitchen or bathroom cabinets on a DIY budget? Don't pick up a paintbrush until you read this
Full Story
152 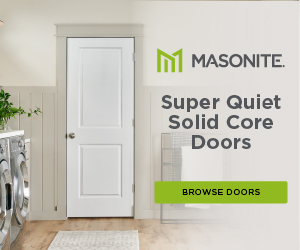