Septoria leaf spot which way to handle it...

Ok I pretty much ruled out that I have early blight and know I have septoria leaf spot. My plan of action is to clear out all branches and throw in trash, disinfect tool, make sure mulch is covering every spot and any weed is removed. My organic community garden seems to only allow Organic Gardening Bi-Carb Old Fashioned Fungicide (potassium bicarbonate) for this issue. I was going to buy a foliar sprayer, add some of the above to water and spray remaining good leaves onto plants at dusk. Someone suggested milk, water and baking soda instead. Not sure the garden will go for milk. Anyone use either methods and did it work? The strange thing is, is that my plants are in great shape. Really green, robust and thick. Only a few of the bottom branches have it. Thanks in advance!

HOUSEKEEPINGOut, Darn Spot! Tips for Removing Carpet Stains
By Bonnie McCarthy
Know the right solutions and when to use them to prevent stains from pets, soda, chocolate, blood and more
Full Story
84

GARDENING GUIDES6 Healthy Ways to Handle Fallen Leaves
By Jocelyn H. Chilvers
Once nature's beautiful bounty is spent, these ecofriendly strategies for leaves will put your yard in the clear
Full Story
13

BATHROOM DESIGNWhich Bathroom Vanity Will Work for You?
By Lara Sargent
Vanities can be smart centerpieces and offer tons of storage. See which design would best suit your bathroom
Full Story
62

GARDENING GUIDESHow to Spot a Drought-Tolerant Plant
By Noelle Johnson Landscape Consulting
Label? Who needs a label? Learn the characteristics of plants that can thrive in hot, dry conditions to help you pick the right ones
Full Story
19

MOST POPULAR8 Ways to Get a Handle on the Junk Drawer
By Laura Gaskill
Don’t sweat the small stuff — give it a few drawers of its own, sorted by type or task
Full Story
140

BATHROOM DESIGNSpotted: Refrigerators in the Bathroom
By Becky Harris
You read that right. Before you protest, here are seven good reasons why people are chilling in the bath
Full Story
115 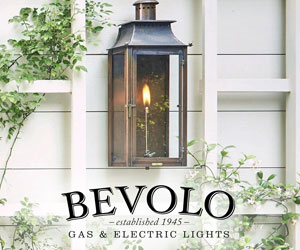 Why are leaves on winter quash dying? Please ID Bug
9
Is casuarina sawdust good for composting?
1
Where/How To Get Vegetable Land To Cultivate
4
If this doesn't scare you,
8
How to propagate Bunny Ears cactus
0